Recent applications of in situ chemical oxidation (ISCO) have shown that ISCO can be a cost-effective remedial strategy for organic contaminants in groundwater and soil. The application of ISCO to contaminated source areas usually results in an immediate benefit to groundwater in the area. In addition, further contaminant flux can be reduced or eliminated mitigating further contaminant plume issues. Redox Tech has recently formulated a mixture of sodium persulfate and calcium peroxide that can be employed for ISCO applications using FMC’s Klozur™ activation chemistry. 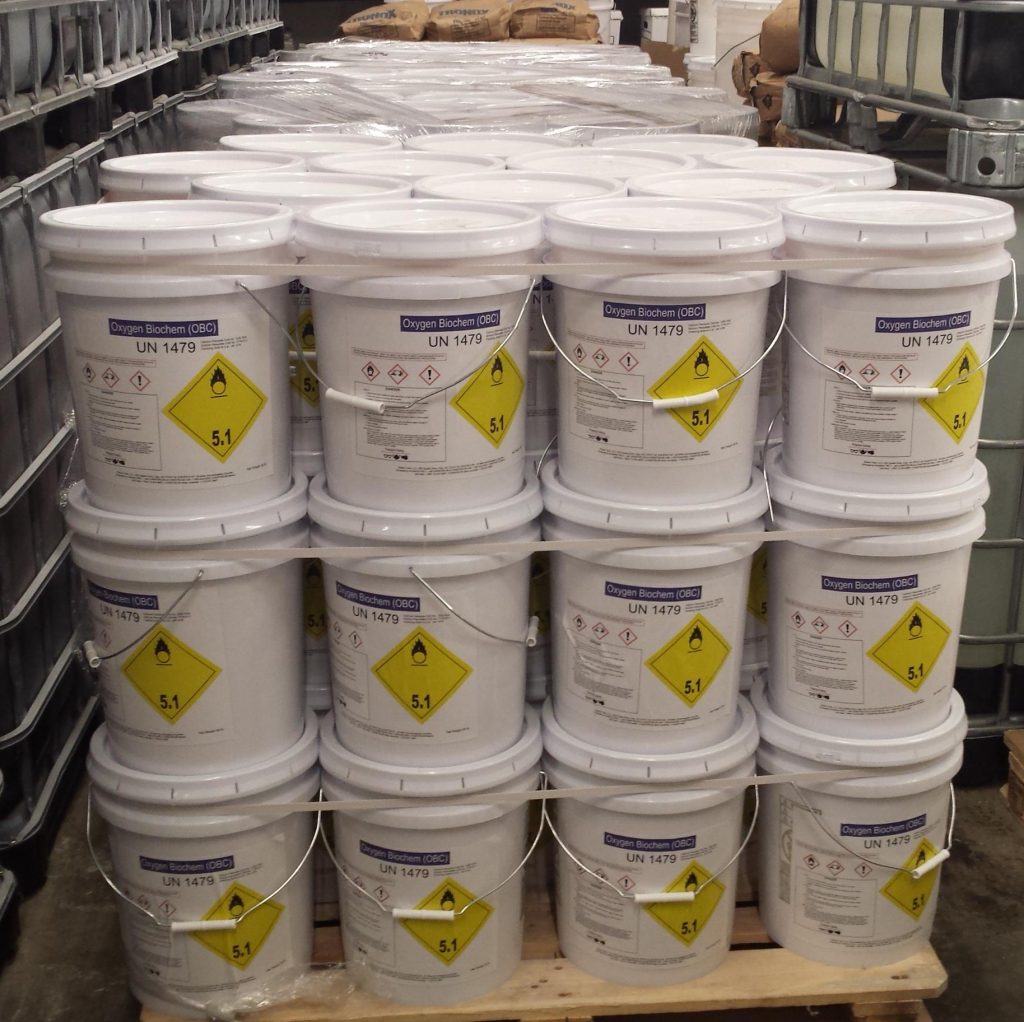 The mixture in OBC™ supports a two-fold mechanism for treating contaminants of concern. OBC™ delivers one of the strongest chemical oxidants for short term ISCO, and also provides electron acceptors (oxygen and sulfate) for longer-term biological oxidation.

Sodium persulfate has emerged recently as an important oxidant for in situ remediation of volatile and semi-volatile organic compounds. Persulfate is the strongest oxidant within the peroxygen family, with an electromotive force of 2.12 volts. As illustrated below, the direct oxidation half-cell reaction for persulfate involves a two-electron transfer:

However in most cases, rapid destruction of the contaminant of concern requires that the persulfate be activated in order to generate sulfate radicals. Sulfate radicals are powerful oxidizing agents, with an oxidation potential of 2.6 volts. Klozur™ activated persulfate is catalyzed with the peroxide and base provide by the calcium peroxide

Activated persulfate can remain available in the subsurface for months providing an unrivaled combination of power and stability.

The hydrogen peroxide that is slowly formed decomposes to oxygen and water, providing an extended oxygen source for subsequent bioremediation of petroleum hydrocarbons.

The resultant calcium hydroxide (hydrated lime) that is produced serves several purposes. First of all, it increases the total dissolved ion concentration, which makes the solution less likely to leach metals from the soil into the groundwater. Secondly, the calcium from the hydrated lime will precipitate the sulfate that is produced during the consumption of the persulfate. The calcium sulfate (gypsum) precipitation helps to reduce sulfate groundwater concentrations, which may impact the secondary drinking water standard of 250 ppm.

Table 2 summarizes the advantages of OBC™ over other oxygenating compounds. OBC™ works on a wider range of contaminants than other oxygenates because provides chemical oxidation and electron acceptors for bioremediation. The amount of oxygen in OBC™ assumes that all of the oxygen in the sulfate is consumed through sulfate reduction processes.